We're usually pretty positive here at A Dole Whip A Day, but I was planning my upcoming trip and started thinking about those people you see at Disneyland (WDW, any Disney park!) that just make you groan. I thought they might need a special shout out today! 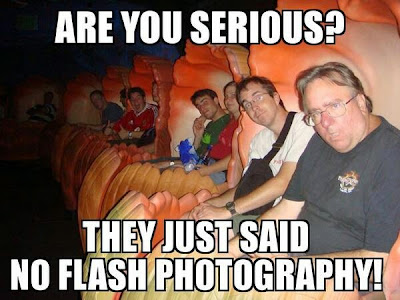 They say it right at the beginning of the ride. No flash pictures. Why would you do it???

Mr. "I'm meeting my friends up ahead"

We've all been there. You get separated, you had to take a kid to the bathroom, you ran to get a fastpass for the next ride. But this guy is different. You see him all day long and he's always walking up to the front of the line to "catch up to his friends," but you don't ever see those friends, do you? We're on to you, buddy! 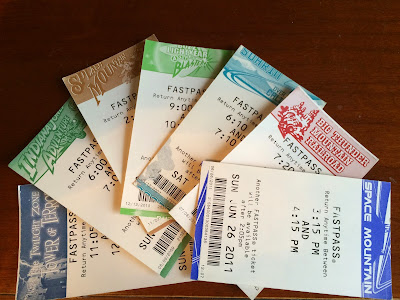 This has come up ever since they started enforcing fast pass return times. This person is hours late for their fastpass and will stand around and argue with the poor cast member, while everyone with a valid fastpass stands around waiting for their turn, hoping their fastpass doesn't expire in the mean time! (There's also a similar version - the person who doesn't have fastpasses for their whole group and tries to sweet talk their way onto the ride anyway.)

They're pushing 80 pounds of kids and stroller, so you'd better get out of their way! Watch your heels!

They've met one too many Stroller Bullies, and now everything is the lady with the stroller's fault. Stuck behind a large crowd trying to leave fantasmic? Clearly all the fault of the stroller. Bad view for fireworks? Somehow the stroller that's only 3 feet high is to blame...loudly!


Who makes you crazy at Disneyland? Let us know!