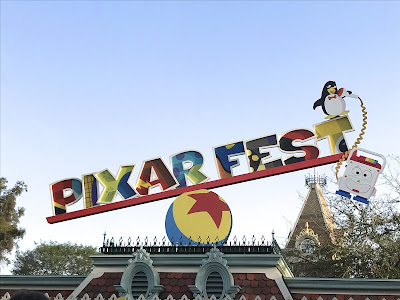 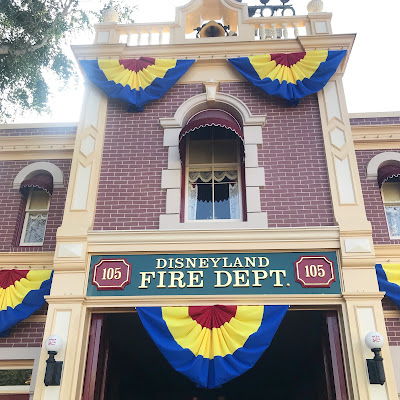 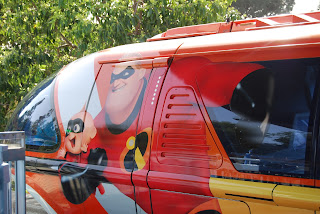 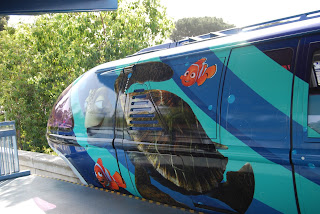 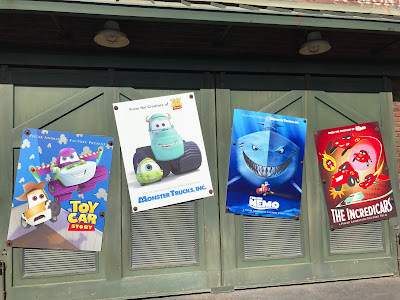 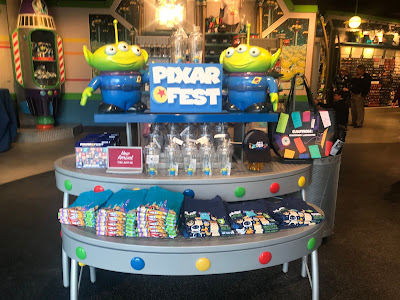 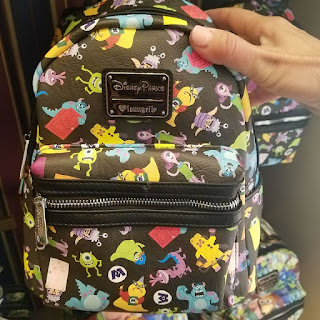 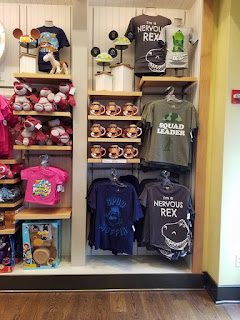 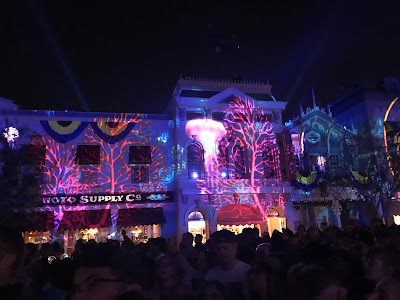 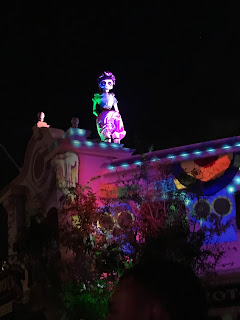 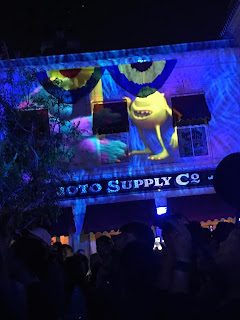 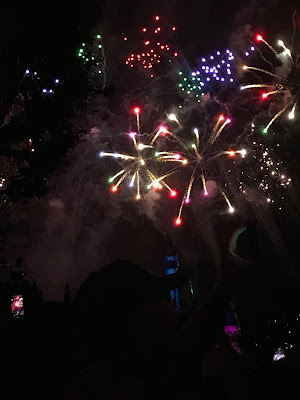 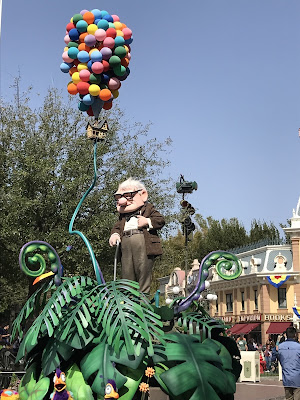 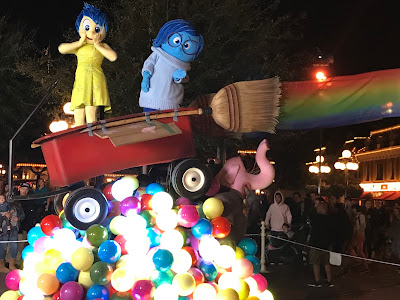 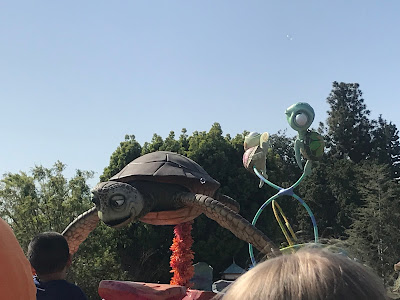 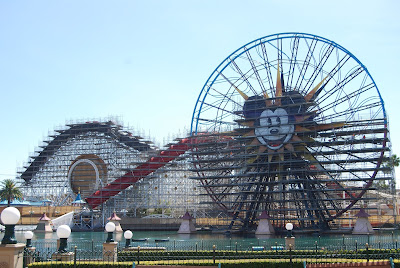 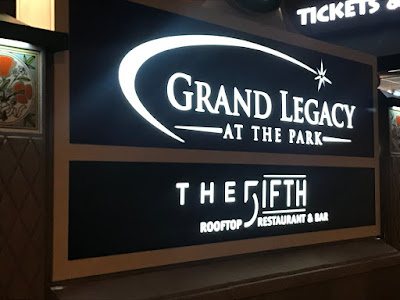 When it comes to hotels near Disneyland, we've stayed basically everywhere. That's why we were so excited to try somewhere new on our trip last week. The Grand Legacy At the Park was our family's home away from home for 6 nights. Traveling as a total of ten people in three groups (a family with kids, a family with a baby, and an all-adult family), it can be difficult to find something for everyone, but boy did we find it. Just a 5 minute walk from the pedestrian entrance to Disneyland on Harbor Blvd, the Grand Legacy exceeded our expectations. Let's break it all down for you so you can know what to expect if you make the choice to book your next stay here. 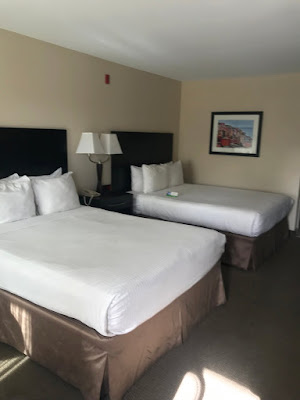 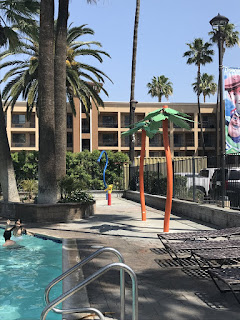 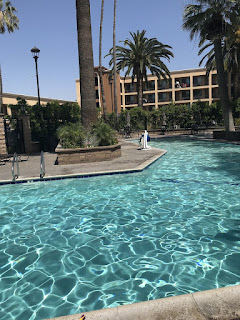 Pool, hot tub, and "Splash Zone" open long hours (8am-10pm) with a cute beachy atmosphere offer something for everyone when you're taking a break to cool off, relax, or play. 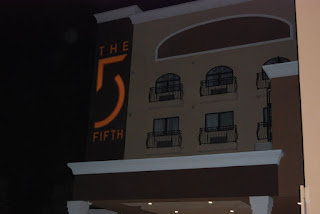 Let's face it: sometimes you need a drink after a 16-hour Disneyland day. The Fifth is the Grand Legacy's rooftop bar and restaurant, with awesome views if you're there around fireworks time. It's 21 and over after 10pm, and there's live music on Fridays and Saturdays. Can I tell you how fun the Bon Jovi cover band was???

Here are some of our favorite parts of the menu. Check out the full menu here. 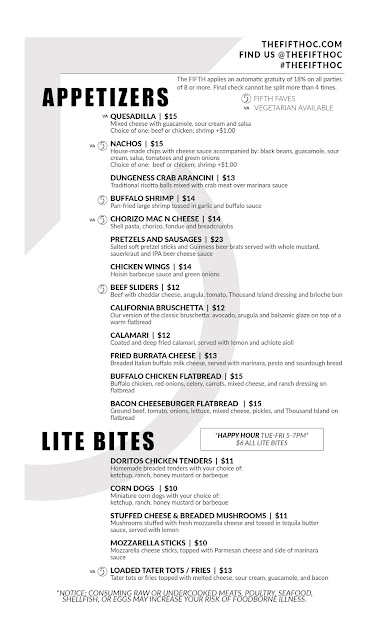 BTW, if you're concerned about an outdoor bar with live music at your hotel being too loud, we never heard it once we shut the door to our room at night, so no worries! 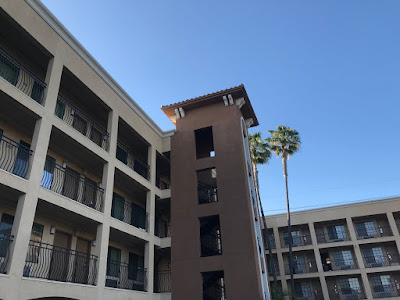 Let's face it, nothing ever goes perfectly. That's just life. But when you hit a snag (like needing to change rooms shortly after checking in), its wonderful to have the staff quickly and easily resolve the issues. Thanks, Grand Legacy! 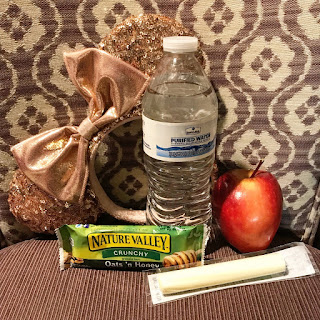 If you're a regular reader of Dole Whip a Day, you know we love us some snacks, so this was a great one for us. Every morning we each got our snack bags, filled with water, cheese sticks, granola bars, and fruit and we were on our way to the parks! Best of all, it's one per person, not one per room! It's so helpful with kids (and even with the adults) to be able to have a quick snack on the way in the morning or to have it stashed away for the afternoon - you know, in between lunchtime and Dole Whip time.

Never Forget, You're in Disneyland 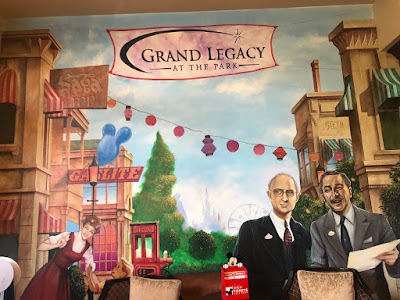 A huge mural of Walt Disney welcomes you as you enter the lobby! And, since I can't resist a photo booth, you know we took advantage of the digital postcard setup! 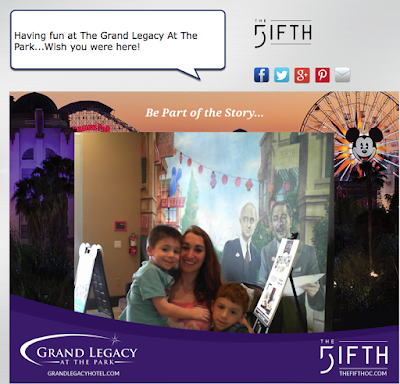