Morning Tips for the Disneyland Resort


There's nothing better than being at Disneyland first thing in the morning. It's a great time to stand in shorter lines for rides that usually have a long wait, get Fastpasses for the more popular rides before they run out, and to eat those amazing Mickey pancakes. We've come across some fun experiences and tips that can only happen first thing in the morning at the Disneyland Resort. Who's ready to maximize their morning fun?? 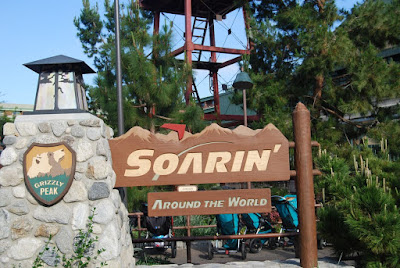 When Extra Magic Hour is going on over at DCA, most people with the regular tickets line up behind the rope right next to Carthay Circle. The last two times we've been waiting for rope drop on those days, we headed right, to line up at the rope over by The Little Mermaid and we noticed something...Soarin' is open to the general public and hardly anyone is in line!!! Check it out next time. It's a great time to get on a ride that ALWAYS has a long standby wait (and to be honest has an extremely slow Fastpass line as well). 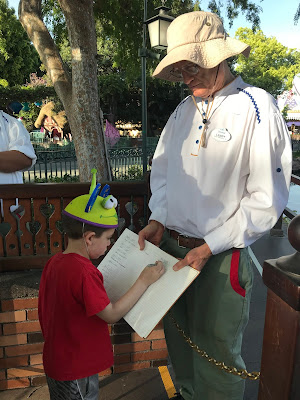 I'm not a big fan of waiting in line for Storybookland, so we don't always get to it on our trips. Last month, my son really wanted to check it out, so when the park opened and most people were running to Space Mountain, Indiana Jones, or Peter Pan, we ran to Storybookland and we learned an amazing secret. The first guest in line each day gets to sign their special guest book!


Know What's Open and What Isn't During Magic Morning 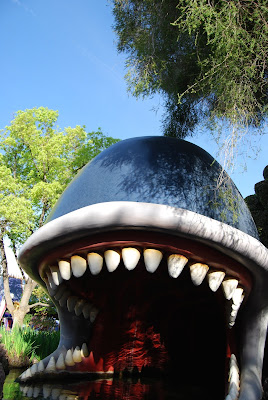 It's never fun to try to get on a ride only to find out its closed. And while Tomorrowland and Fantasyland are the two lands open on Magic Mornings at Disneyland Park, it's good to know that not all of Fantasyland opens early. Casey Jr, Storybookland, and It's A Small World don't open until regular operating hours (just in case you were planning on signing that Storybookland book on a Magic Morning!). 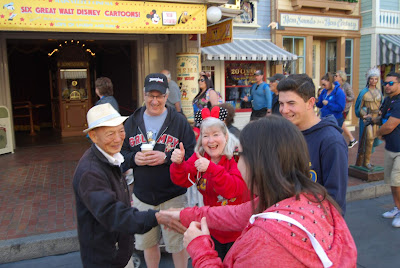 Ever wonder what you would do if you lived close enough and had the free time to visit Disneyland every day? Peter Tu visits Disneyland nearly every day, first thing in the morning. You can find him (mostly on weekdays from what I've noticed) clapping and doing his secret handshake with other guests. Just listen for the clapping sounds!


Get a Special Button

Love Dole Whips? Can't wait until the afternoon to have your first sweet treat? The Tiki Juice Bar out in front of the Tiki Room will give a "First Dole Whip of the Day" button to their first customer when they open. Keep in mind, they write the message on an "I'm Celebrating" button, but it's still cool to add to your collection.

If you wanted to try to snag a coveted spot in the tender on the train, asking first thing in the morning when most people are headed to other attractions (and before it's too hot, because its HOT up there) is going to give you a much better shot! Same with asking to ride up at the top of the Mark Twain.

MaxPass Times will be for when the Park Opens

If you've got MaxPass AND Magic Morning/Extra Magic Hour, you can book your Fastpasses when you're in the park early, but your return times won't be until regular admission begins. 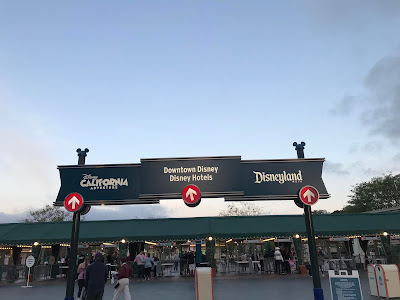 I actually just found this out today! During the initial opening of Galaxy's Edge, if you have the 8am reservation time slot, you may begin lining up for check-in starting at 6am!!! There will be a specially marked spot in the Esplanade for you to line up at. SIX IN THE MORNING!!! 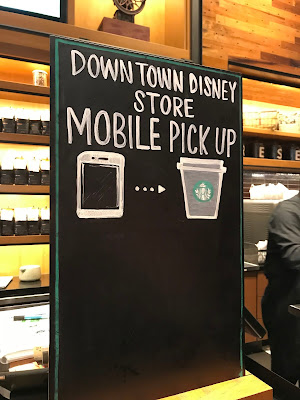 While we're on the topic of getting to the parks super early before opening, my favorite thing to do is send my group's mobile order to the Starbucks in Downtown Disney right before we get to security. Then someone gets in the line at the gate and someone runs to pick up the coffee. Since we get there so early (see above), there's plenty of time and we all get the much needed caffeine boost before starting our day!

Meet Characters Before the Rush 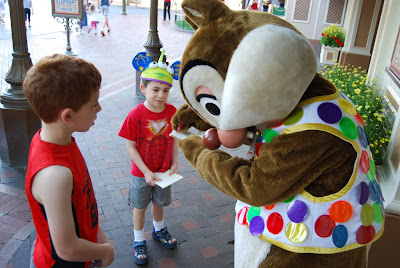 There'll always be a line to meet Mickey and Minnie, but sometimes when you're one of the first people in the park, you can just head right up to a character for an autograph and picture with a minimal wait. My kids walked right up to Dale, actually before the park was technically open. It was so fun!
Posted by Melanie at 10:13 AM