The D23 Expo was this weekend and it was AMAZING. There were exciting announcements about upcoming Disney movies, TV, and Disney+ streaming. They shared the new collaboration between Disney and Target (check out our Facebook for more details on that one). A new ship for the Disney Cruise Line was announced. Dick Van Dyke was even there to help share the news about a new Mary Poppins attraction coming to Epcot, along with a major overhaul of that entire park.

But, Dole Whip A Day is a pretty Disneyland Resort specific site so we're here to break down all the great info that came out about Walt's original Happiest Place on Earth. Are your ready? Keep your hands, arms, feet, and legs inside the blog. Here we go!

Ever since Bug's Land closed, we've known that a Marvel themed land was coming. Sometime in 2020, you can visit the Avengers Campus (official name) where you can sling webs with Spider-Man to help him collect "Spider-Bots that have run amok." I'm not sure if it's more like Toy Story Midway Mania where you feel like you're in a game or if it's more like Smuggler's Run where how you perform affects the ride itself, but I can't wait to find out!

You can eat at the Pym Test Kitchen, where Ant Man and the Wasp have apparently been trying to grow and shrink food! So many huge, tiny, and delicious possibilities...

Expect lots of character meet and greets all around the Avengers Headquarters, where **in PHASE TWO of the land opening** you'll fly in the Quinjet to Wakanda for an epic battle with the Avengers! No dates yet on Phase 2, FYI. 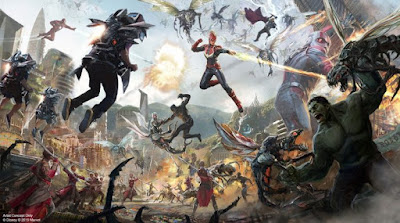 Who else was THRILLED when they announced earlier this year that there'll finally be a Mickey themed ride inside of Disneyland??? Mickey's Runaway Railway is coming to Toontown, but not until 2022. (If you're a WDW lover, they'll be opening in Hollywood Studios in 2020.) I don't mind the long wait if it means Toontown will finally start getting the facelift and love it deserves. Anyway...

We're being promised a fully immersive story with great effects that will make you feel like you've not just boarded Goofy's train, but also gone straight into a Mickey and friends cartoon.

At D23 they shared some concept art, ride vehicle model, Cast Member costumes, and sneak peaks at Imaginears at work. Take a look! 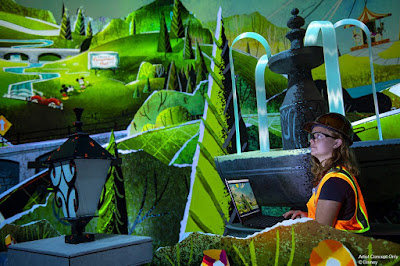 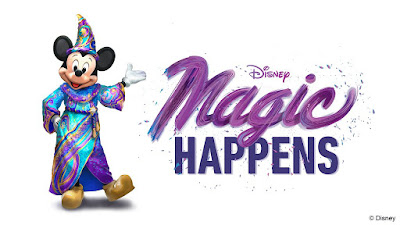 Sorry Soundsational lovers, a new daytime parade has just been announced and we think it'll knock your socks off! Coming Spring of 2020, you can see Moana sailing in her canoe over a huge wave, Miguel and his family from Coco on opposite sides of the marigold bridge, and even a Sleeping Beauty float where Aurora's dress changes from pink to blue right in front of your eyes! (If that sounds familiar, there's been a video going around for the last year or two of that happening in a Disney parade but it's photoshopped. This will be the real deal!) 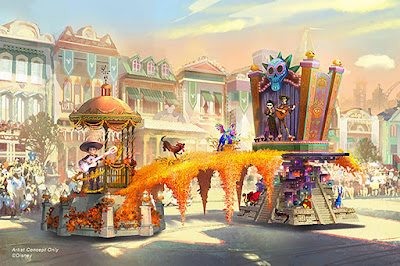 Sneak Peak of Rise of the Resistance

As Phase 2 of Galaxy's Edge gets ready for January 2020, Disney showed some video clips of the new Rise of the Resistance ride at D23, and there are some amazing things happening! Check out these images of Kylo Ren's lightsaber cutting straight into your ride vehicle from above, huge AT-AT style walkers (not sure their names, sorry Star Wars super fans) coming straight towards you, and a very realistic looking hologram talking to the riders. (They're not perfect pictures because they're pictures of a video, but they're enough to get you excited! 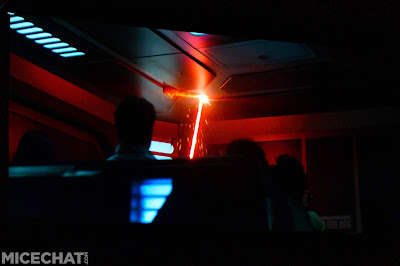 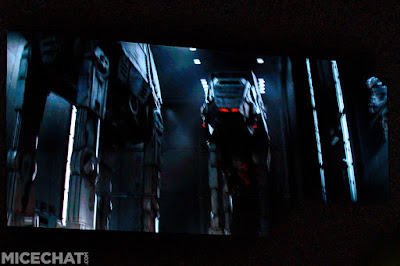 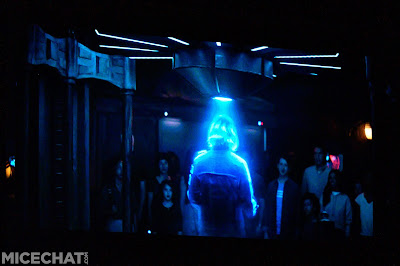 What are you most excited for? I personally can't wait to see a new parade, and am ready to be amazed by all the rest.
Posted by Melanie at 5:43 PM