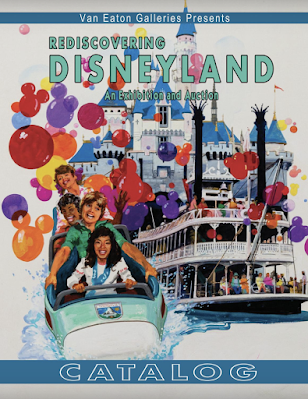 Hello collectors and memorabilia fans! This one's for you! Once again, Van Eaton Galleries is having an auction full of Disneyland goodies. From actual used in park items, to artwork, to Cast Member costumes, there's so much to look at! Whether or not you're actually interested in buying (this stuff can get PRICEY), I recommend going through and checking out the catalog for yourself because there's some amazing park history. The actual auction takes place on May 22 and 23.

I know you're all busy people, so I've taken the liberty of going through and picking out my favorites for you to look through. Also, Van Eaton has a store where you can buy some smaller souvenirs directly (without waiting for the auction or bidding) and there are some fun options there too.

Look through and let us know what looks best to you!

Is your name Bob? Have I got something for you! Check out this set of Cast Member name tags, mostly engraved for Bob. Value is estimated at $400-$600. 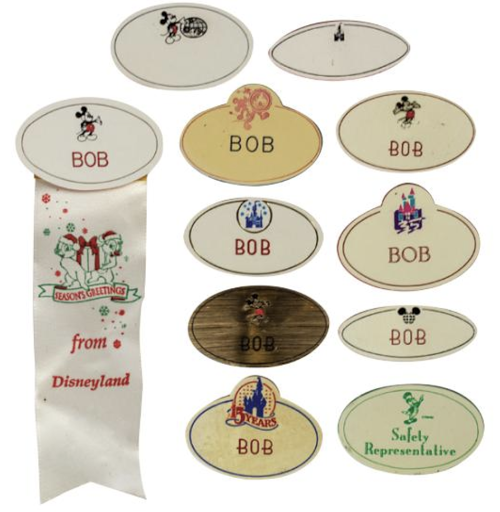 One man's trash is another man's treasure...literally. This is an ORIGINAL Fantasyland trashcan used up until the Fantasyland remodel in 1983. I could see using this at home!!! Value is estimated at $6,000-$10,000.

For the gamers. Who wouldn't want to own a Fix It Felix Jr arcade game?? This was specially created for Disneyland to be used in the Starcade after Wreck It Ralph was released. Value is estimated at $7,000-$10,000.

Love Disneyland Costumes? This is a Disneyland costuming department board game. I don't even know where to begin with this one. I didn't even know games specifically for Cast Members was a thing. Imagine landing on a space that says "Garment lost in Disney Warehouse, lose 2 turns." I may have to bid on this one! Value is estimated at $100-$200. 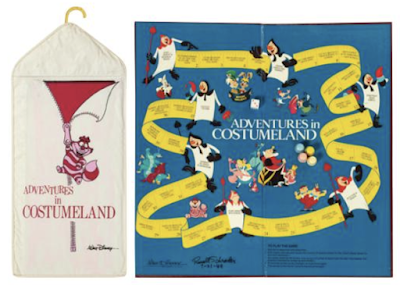 Ever want to be Disneyland security? Wear this security badge, hat, tie bar, and money clip! Value is estimated from $100-$500, depending on which piece you're looking at.

Lots of parking lot signs! I grabbed a picture of Donald because he's one of my faves, but there's also Eeyore, Bambi, and Flower. Can you imagine putting this in your garage or driveway to mark where your parking space is??? That's what I'd do! Value is estimated at $3,000-$5,000. 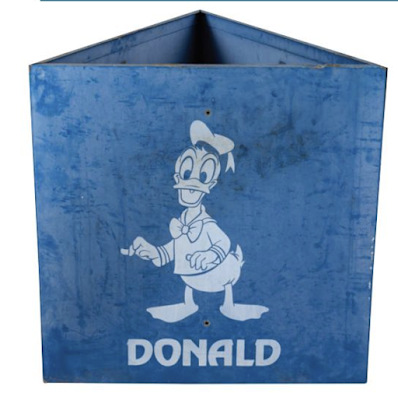 Remember hand stamps??? All you need is your own black light stamp pad and you can pretend you're leaving the park 20 years ago! One is Merlin and one is Copper. What a cool piece of Disneyland history! Value is estimated at $400-$600. 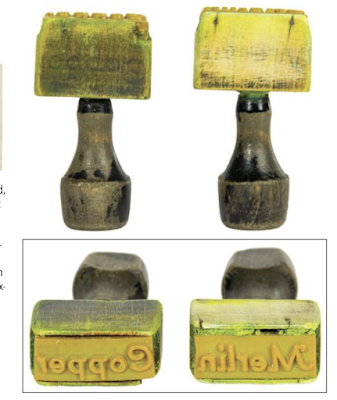 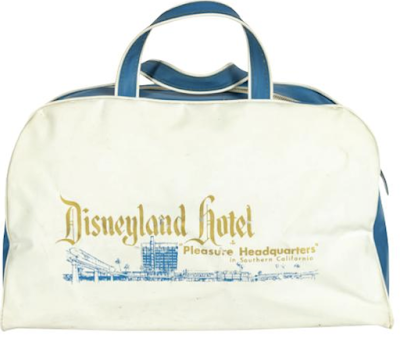 Look at this amazing blanket for your Queen size bed! I remember when this was used at the Disneyland Hotel in the early 2000s and I always loved it! It combines a floral pattern with attraction images. Value is estimated at $200-$400. 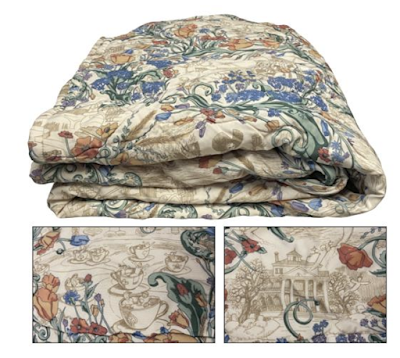 All aboard! Perfect for the train lover, this is a hat from the Railroad conductor costume in the 1990s. It even has the rare silver badge across the front. Value is estimated at $400-$600. 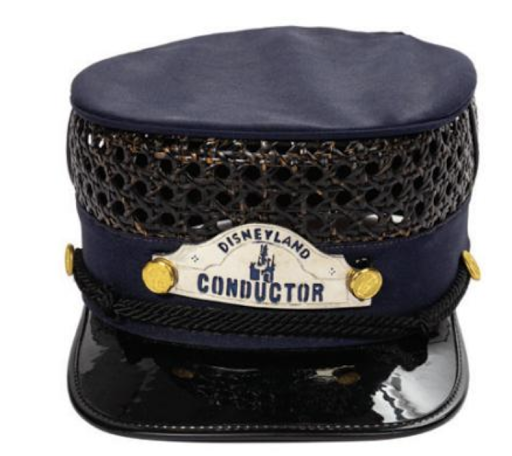 Serve your dinner on a Plaza Inn tray! This is dated as the late 80s and has the logo for Columbian Coffee, which sponsored the restaurant at the time. Value is estimated at $100-$200. 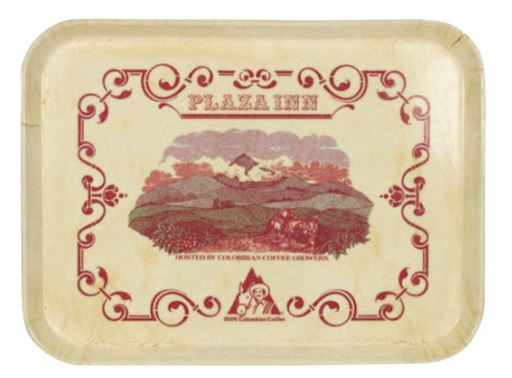 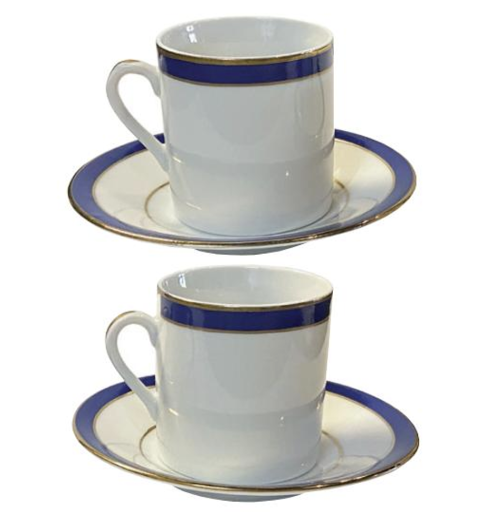 Win Halloween as a Haunted Mansion Ghost Host! You could even be Maynard, the best Ghost Host ever. Value is estimated at $500-$700.

Have you ever looked at a wall in your home and thought, "Gee, this space could sure use a Disney mosaic." This one is for you! This Sleeping Beauty tile mosaic was displayed on the castle up until the 1983 Fantasyland refurb and is still in pretty good condition! Value is estimated at a whopping $30,000-$50,000. 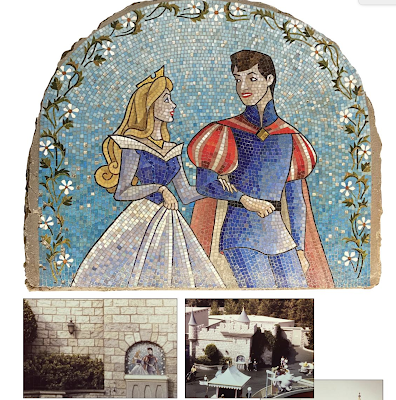 Its the top of an Autopia ride vehicle! I'm not sure what happened to the insides or the bottom, but the top is here! Value is estimated at $6,000-$8,000.

Were you one of the, like, 10 people who rode on Superstar Limo or one of the, like, 5 who enjoyed it? They've got a set of two hood ornaments from the ride that lasted less than a year. Value is estimated at $200-$400. 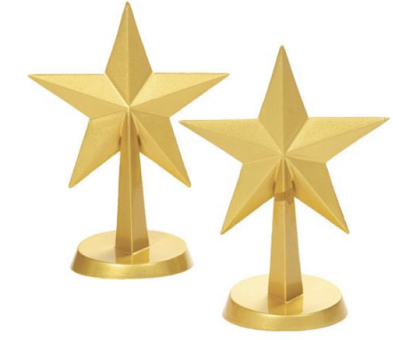 For the Cars fans! There's one of the license plates that's on display in the queue for Mater's Junkyard Jamboree. Value is estimated at $300-$500. 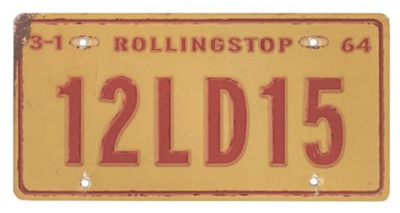 If you were interested in the items you can buy without bidding in the auction, here are some personal favorites.
A plate used in Disneyland restaurants in the 70s and 80s. Buy it now for $100. 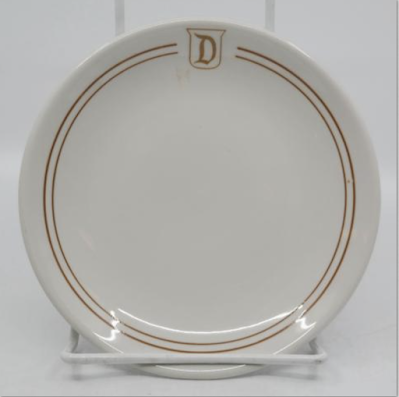 Vintage Salt and Pepper shaker souvenirs. Buy it now for $150. 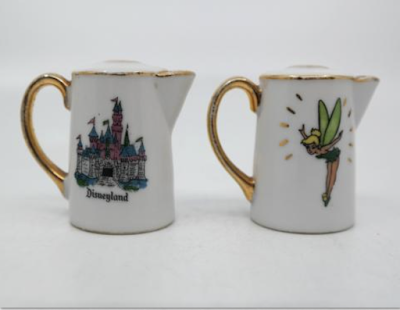 "New Fantasyland" pennant from the 1983 Fantasyland refurbishment. Buy it now for $200.

Fantasyland Ride Vehicle set from the now discontinued Walt Disney Classics Collection. My favorite thing is characters riding their own rides, so this is a clear winner! Buy it now for $1500. 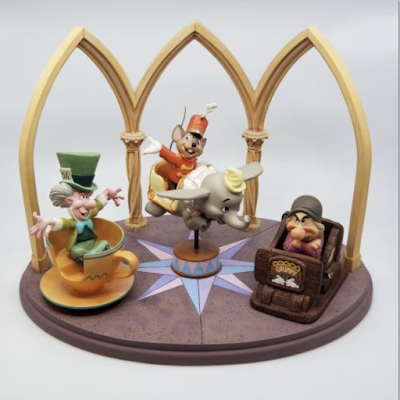 My very favorite...a vintage 1960s ashtray holder featuring Tinkerbell and the castle. Why is this my favorite, you may ask? I bought one at a garage sale years ago for next to nothing! Buy it now for $250. 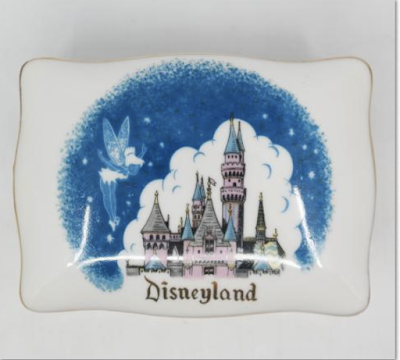 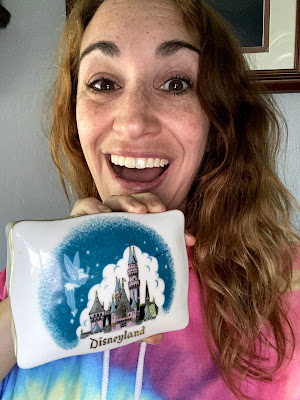