It's September 2nd, so you know what that means....Happy Halloween from Disneyland!! Whether you're ready for something spooky or still enjoying summer vibes, tomorrow starts official Halloween Time at the Disneyland Resort. So let's check out new food offerings, returning favorite attractions, activities, and decorations, and don't forget Oogie Boogie Bash!

I'm hungry, so let's start with the food, shall we?

There are actually a TON of special seasonal offerings this year (check out the full list here). We've pulled together our top recommendations! (all food photos courtesy of Disney)

How About Attractions and Activities?
Haunted Mansion Holiday 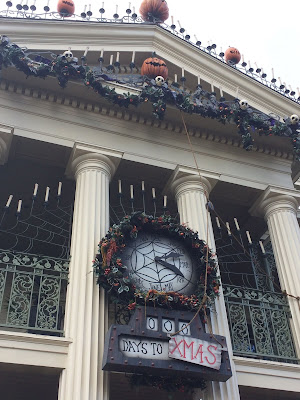 2021 marks the 20th anniversary of Haunted Mansion Holiday (my all time favorite)!!! Watch for a special Gingerbread house with tributes to all of the previous ones. It's going to be epic. 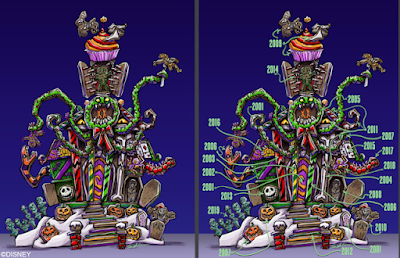 Guardians of the Galaxy: Monsters after Dark
I'll be honest, I haven't done this one. But it sounds extra scary and fun. Every day after 3pm, team up with Rocket to save Groot, with scarier monsters and a much heavier soundtrack. Keep in mind, the regular version of the ride closes at 2:00, so there's an hour timeframe where they're making whatever changes they need to do. Guardians of the Galaxy is actually closed from 2:00-3:00.
Mater's Junkyard Jamboree and Luigi's Rollickin' Roadsters Transform! 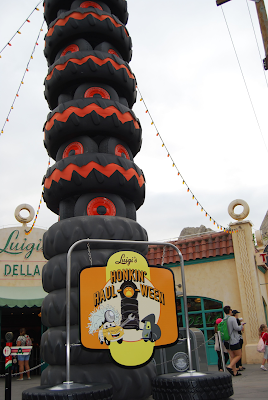 Head over to Mater's Junkyard Jam-BOO-Ree and Luigi's Honkin' Haul-O-Ween. The rides are the same, but there's lots of decorations and special seasonal songs. It's pretty adorable!

Pluto's Pumpkin Pursuit in Downtown Disney
If you're a big fan of the Easter Egg-Stravaganza that Disneyland usually puts on in the spring, then this is for you! You can purchase a game board with stickers that match each of the Disney character themed pumpkins that are hidden around Downtown Disney. Once you find it, place the sticker, then return your completed board for a prize! FREE VERSION!!!! If you don't care about the prize, there's absolutely nothing stopping you from just finding the pumpkins for fun. That's for sure what I would be doing.
Let's move on to Amazing Decorations!
The Main Street Pumpkin Festival is Back 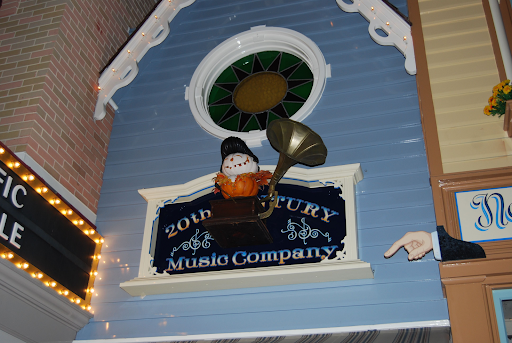 As you mosey down Main Street (or run, whatevs), don't forget to look around at the hundreds of specially carved pumpkins that are all along the storefronts. My favorite is always the Elvis pumpkin at the music store.
The Headless Horseman is Waiting for You... 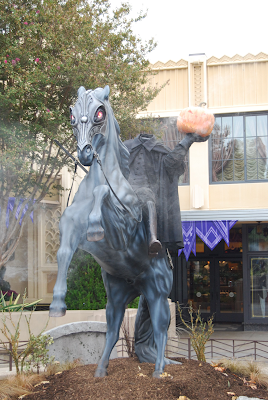 This guy lights up, has his own fog effect, is super creepy, and I'm totally here for it! Also check out the purple lights all around California Adventure this time of year.
Don't Miss the Halloween Tree 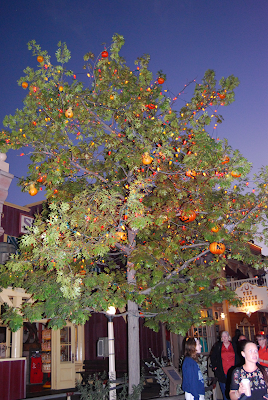 This is super underrated and overlooked. Based on the Ray Bradbury novel of the same name, The Halloween Tree has been sitting in Frontierland since 2007, and doesn't nearly get the love it deserves.
And Now it's Time to Party!!!
If you're planning on going to Oogie Boogie Bash this year over at California Adventure, we've got the rundown for you! (If you're still thinking about it, well....it's sold out. Better luck next year!) With your ticket to the party (separate from park admission during the day!) you get:
Posted by Melanie at 1:09 PM