There's always change with a new year, and 2023 is proving to be no different. These changes were just announced today! What do you all think? 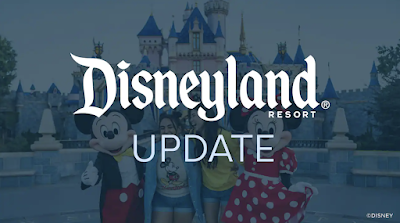 No more waiting until 1:00 pm to change parks. Starting February 4, you can switch parks starting at 11:00 am!

Disney has promised to increase the amount of lowest tier tickets by "nearly two months worth." That's almost 60 days that have been changed from the higher priced days to the $104 (lowest cost) days. I love more chances to go to Disneyland for less money!

Beginning February 4, all ride photos will be complimentary with any ticket! No Genie+ required! This will be available at least through the Disney 100 celebration. (Keep in mind, this is ride Photo Pass photos, not character photos or anything like that)

While we don't have specific timeframes or dates, Disney has promised that there will be many more opportunities to purchase Magic Keys "as they become available." I know people have been frustrated at how often no Magic Keys are up for purchase, so its great to hear that there will be more chances if you're in the market.

All of this, plus more!

These are just the surprise announcements for today. Also coming to Disneyland this year that we already knew about:

Posted by Melanie at 3:58 PM No comments: