I've seen pictures of so many cute, custom Mickey ears lately, that when these instructions for a Sorcerer Mickey Headband came up in the Disney Parks Blog, I just HAD to try it for myself!

Now, I deviated from the instructions a little bit. To start, I used my own navy blue headband instead of covering a new one with blue felt. I have super thick hair and only certain headbands even have a chance of holding it back! Also, I used cardboard for the inside of the ears partly because I thought it might stand up a little better, and partly because I couldn't find the right foam at the craft store. But I followed the basic idea.

I started by finding a mug the right size for the ears. I used it to trace and cut out both the cardboard and the felt. I made 4 felt circles - 2 slightly bigger than my circle, and two the exact circle size. 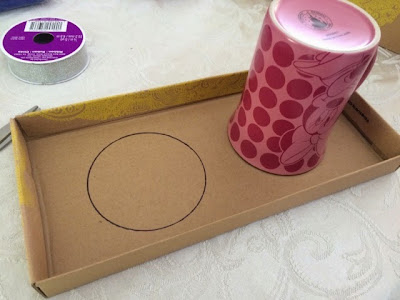 Then I hot glued the felt onto the ears (i used the slightly bigger circles first and wrapped them around before flying, then glued the smaller circle onto the back. 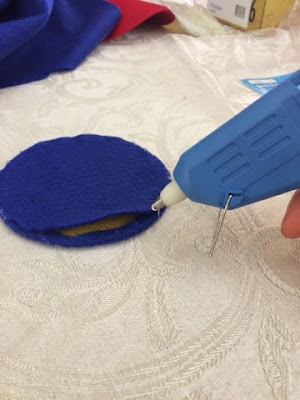 Next I made a bow out of ribbon and glued it onto the center of the headband. Then, I glued on the ears. BE FOREWARNED: I'm not happy about the spacing of my ears. Make sure you have them in the right spot before you glue!

After that I cut my moon and star shapes out out craft foam that's adhesive on one side - so easy! They just stick in place without fear of burning my fingertips like with the glue gun. 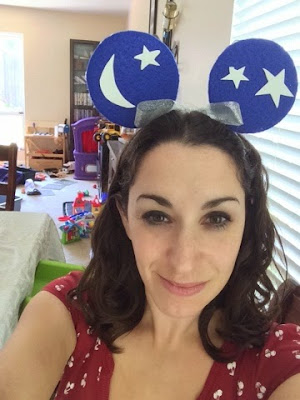 That was it!! What do you think? What should I try next?