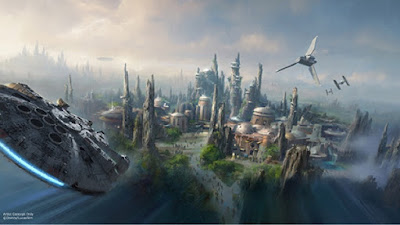 1. Star Tours!!!!!
Seriously. You can't open Star Wars Land and leave a Star Wars themed ride stranded on the other side of the park. Is and goes for Launch Bay and the Jedi Training show. Just move them all. Especially with the new land only having two rides, a surprise move would be a wonderful addition to the new area and would give a great space for something new to move into Tomorrowland, which desperately needs a revamp!
Posted by Melanie at 10:27 AM