Summer is coming to an end and there are lot of changes coming to The Disneyland Resort. We're here to put them all in one happy (and sometimes sad) list for you!

The End of the Diamond Celebration

As of September 6, Disneyland will be a little less dazzling. The 60th Anniversary will be ending, including:


Paint the Night parade (Nightly showings will conclude, but its looking like it'll come back seasonally. They've already announced that the world's best parade will return for select nights during the holiday season!)

Disneyland Forever fireworks show
World of Color Celebrate (World of Color will still be running, but it will be the original show)

Halloween returns on September 9 with the reopening of Haunted Mansion Holiday! This year's amazing gingerbread house will be a tribute to Sally. Check out the design that looks like pieces of other gingerbread houses stitched together!


Mickey's Halloween Party will be returning soon, too. I haven't been (sad face!), but I hear the amount of candy you can trick-or-treat for during the party alone is worth the extra ticket price! New this year is a special Halloween parade (during party nights only, so you'll need to buy tickets before they sell out if you want to see it!). The Headless Horseman will make his way down Main Street to kick off the parade, which will also include appearances by Jack Skellington, Disney Villains, and the Ballroom Dancers from the Haunted Mansion. Last year, Disney live streamed the Halloween Parade from Walt Disney World, so I'm keeping my fingers crossed that the Disneyland one will be streamed this year!

Tower of Terror Coming to a Close 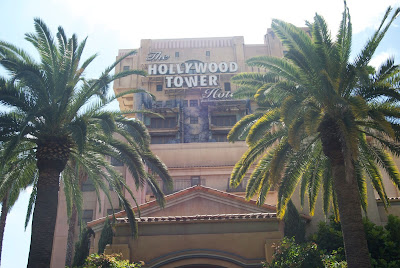 While we still have until the end of the year to ride the original Tower of Terror (before it closes for a few months to retheme as Guardians of the Galaxy), Disneyland is giving the ride a special send-off! Starting September 9, the Hollywood Tower Hotel will be doing a "late check-out" for park guests. Beginning at twilight each night, you'll get to ride in complete darkness, adding an extra level of terror to the already spooky ride!

Also, there'll be special merchandise and photo ops for the "final check-out," so be sure to take a look for the limited edition items. We'll be sure to post any pics we come across so keep an eye out on our Facebook and Instagram. Hyperspace Mountain, the super-fun Star Wars overlay of Space Mountain, is finally concluding when Ghost Galaxy, the extra creepy ghost overlay returns. Which do you like better? Or would you prefer to get to ride the original again? I liked Hyperspace Mountain so much more than I thought I would. I'm really glad I got to ride.