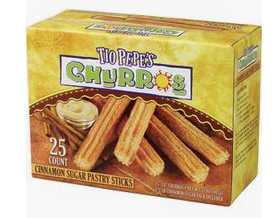 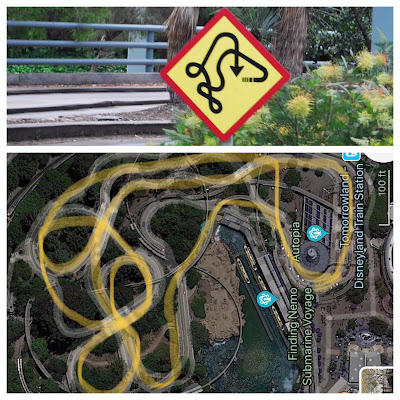 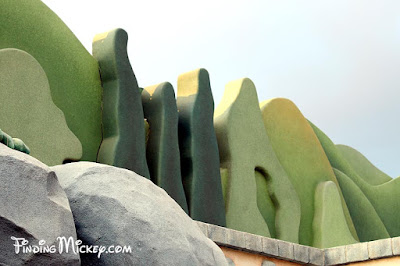 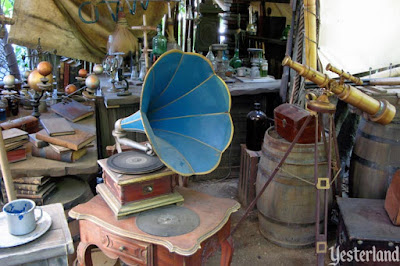 Be forewarned if you're planning on asking about this at City Hall...the list doesn't actually tell you which horse goes with which name!
Posted by Melanie at 2:58 PM No comments:


Disneyland tried a new change last week, and let's just say...it didn't go well. Now, change is always hard when its something you love and we've seen it over and over again when a ride is closed or changed. You'll usually hear some complaints and then life moves on. But this wasn't the case when last Thursday Disneyland turned the Main Street Cinema into a souvenir shop overnight.

The Main Street Cinema is the perfect spot to escape crowds, heat, and overloaded senses. It's fairly quiet and gives you a chance to watch classic, original Mickey Mouse cartoons. Because its right in the middle of the hustle and bustle of Main Street, it's often overlooked. So, in an attempt to bring in more people (according to Disney) they put signs out front saying "Cartoons and Collectibles" and added stands with park merchandise.


Taking a look at the pic above, its not as if this is exclusive collectibles (like in the Disneyana store) or something with a classic Mickey feel that would go along well with the old cartoons. This is the exact same merch you can get at any other store in the park. Why drag it into this space? Also interesting to note, the Main Street Cinema at the Magic Kingdom in Disney World has been a store, with no films showing, since 1998.

Well, after some very loud outrage, Disney has thought the better of it and pulled out all of the merchandise as of this morning. They've even added in a few benches, which is an easy and nice touch, seeing as this spot didn't have any kind of seating before aside from the floor or the steps to the raised platform in the middle of the room.


So this whole four day process brings up a couple interesting questions...

1. What should be done with this space so it's best utilized?

What should be done with the space to draw attention? Adding benches was a good start. I'd also consider changing up the cartoons or having some sort of "special feature" on a rotating basis with the sound playing for that certain film, whether its a Disney movie, old footage like opening day of Disneyland, or really whatever. Disneyland fans seem to really love anything that's only around for a limited time. And perhaps CMs could hand out special buttons to people who come to see whatever is new.

This could also be a fun spot to have a classic character meet and greet. Let's face it, those characters must get HOT out there in the sun on Main Street. What if a character or two were inside and guests could watch the cartoons as they waited to meet whoever it is (Mickey and Minnie, Chip and Dale, maybe lesser seen characters).

2. What can we do to keep other "classic" parts of Disneyland that are maybe overlooked?

VISIT ALL OF THE THINGS YOU LOVE. If you never want to see Great Moments with Mr. Lincoln vanish (the last few times we were there, there were only a handful of people in the theater), visit it every time you go.

Show Disney that there is demand. When you go to the parks, take a look at what doesn't have a wait or a crowd. We've already mentioned Lincoln, but some others that come to mind are the Canoe ride, the Redwood Challenge Trail in DCA, Tarzan's Treehouse, and even the Tiki Room. (People go into the queue area for the Dole Whips but don't necessarily stay for the show! And now that Dole Whips are available at the Tropical Hideaway, this could take even more people away from the show we love so much.) Ride those rides! See those shows! Show Disney BEFORE they think about changing something that this isn't one that should be messed with.

For Disney's part, they did the right thing in this situation. But let's face it, things will change. Paradise Pier becomes Pixar Pier, Tower of Terror becomes Mission Breakout, Bug's Land closes for Marvel Land. We can't always stop change, and we should't always stop it. But we should still let our voices be heard when they do something like this, where there's no real reason or meaningful change. Hope to see you all at the Main Street Cinema soon!

Posted by Melanie at 2:33 PM No comments:


Summer is here! If you're lucky enough to be heading to the Disneyland resort, or just wishing you were, we've got all of the latest updates for the summer.

Starting June 24th, you'll no longer need a reservation to visit Galaxy's Edge. So far the crowds haven't been insane, but we're guessing that will change once people don't have to wait for their reserved time. Disneyland announced that "as needed" they'll use a virtual queue system through the Disneyland App to allow people into Galaxy's Edge (if crowds become unmanageable). If needed, you'll get a "boarding pass" through the app, and then you'll get a push notification when its your time. (You'll be able to check on wait times and your progress in the queue through the app, so bring those portable chargers! The Disneyland app is a total battery drainer.) If you're not a big fan of the app, there will also be a physical system in place at certain, yet unannounced, locations.

Whether you have a reservation over the next couple of weeks or you're visiting later in the summer, you'll want to head to Oga's Cantina when you first enter the land to get your place in the virtual queue. They'll text you when it's your time to come back and then you'll have about a 15 minute wait in person.
**Keep in mind** no matter how long your wait was, there's still a 45 minute time limit and 2 drink maximum. But the drinks look incredible. Check this out!

If you don't want to spend all day waiting for the Cantina, no worries! There are plenty of other stands and quick service options.

Starting at $200, you can build your own lightsaber with metal hilt, choose your kyber crystal, and you get a kind of mini show where they talk about the force and lightsabers. If you are VERY into Star Wars, we hear its an amazing experience. If you're not a big collector or you kid just wants a lightsaber, we recommend building one in the store at the Star Tours exit. $30-$60 for a plastic lightsaber that's still pretty fun to build (My 8 year old did that in April and had a blast!).

Just as fun as building a lightsaber, slightly less expensive, and without too bad of a wait! You pick your droid parts (including a personality chip!!) from a "lazy river" of parts. Totally customizable and super cute.

People have been so intense about the Cantina and the lightsabers that there's been a minimal wait for the only ride in the land so far. People are riding it multiple times in their four hour window. On the ride, you're really controlling the Millenium Falcon, whether as the pilot, gunner, or engineer and how well you do actually affects the outcome of your ride. So it'll truly be a different experience depending on what position you have and who the other 5 people riding with you are. It sounds intense and I'm LOVING it.

Tale of the Lion King

Lion King lovers, this is for you! To celebrate the new "live action" Lion King this July, head on over to the Paradise Gardens Park area of California Adventure (in front of The Little Mermaid ride). The Storytellers of the Pride Lands will be retelling the Lion King through story and song. This show is only running for the summer, so act fast.

There's always something new to buy at Disneyland, and this sumer is no exception. Check out these new mini fans designed to look like Disney Snacks! Obviously, we'll be needing the Dole Whip one stat. They're available at Clothier's in Disneyland Park and at Elias & Co in California Adventure.


And, since summer is the best time to prep for winter, Disney snack ORNAMENTS are now available as well. Guess which is our favorite? Hint: We're not called A Mickey Waffle A Day.
(Photos from Chip & Co.) 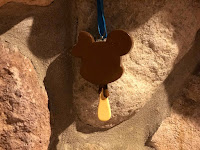 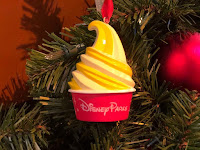 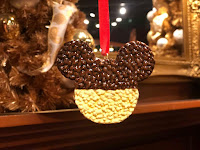 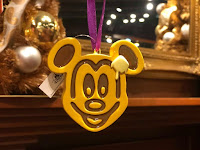 The original Soarin' is BACK for an extremely limited time. Check the views of California through June 30. I miss that orange smell!!!

Thiswas first to open in April and it's adorable. A giant Jessie welcomes you to the ride and it's a great spot to hang out while you wait for your Toy Story Midway Mania fastpasses or to take little ones while the bigger kids go on Incredicoaster.

Ok, this has been open for a little while as well, but has gotten basically no press and no love. Taking up residence in the old Muppet theater, Mickey's Philharmagic is a super cute 3D show where Donald has taken Mickey's sorcerer hat and leads you on an adventure through all your favorite Disney Music. It's air conditioned, it's fun to listen to, and it needs your visits if you don't want that to be an abandoned building again!

Inside Out Emotional Whirlwind

Technically a new ride, even though it was built on the bones of the old Flik's Fliers (RIP Bug's Land), Inside Out Emotional Whirlwind is the newest "little kid friendly" attraction over at Pixar Pier. And from the looks of it, they're already testing the ride vehicles. Stay tuned for an official opening date.


Disneyland Forever, the 60th anniversary show, is back for the summer with classic Disney music (if the dance mix during Mickey's Mix Magic wasn't your thing, this'll be right up your alley) and projection show

Posted by Melanie at 5:40 PM No comments: