So, let's get this out of the way, I'm a homebody by nature. If I could do anything on a given weekend, it'd be to stay home with my hubby and son. So, in that sense, social distancing hasn't given me the cabin fever it's given some of my friends.

Having said that, I have had the urge to bake. Now I have little to no interest in cooking. Dinner? How can I get out of making it? But I’ve always enjoyed baking. I am not great at it, by any stretch of the imagination. But I do enjoy it.

I have also been feeling bummed, as many of us have, because my Spring Break Disneyland trip was cancelled. (Postponed. I’m going to say postponed.) So, how perfect is it that Disney/Pixar recently released the recipe for the Jack Jack Num Num cookies? Something from Disneyland that I could bake at home?! Sign me up!!

First, can we talk about how cute the recipe cards are?! Disney/Pixar always does an awesome job with adorable little touches! 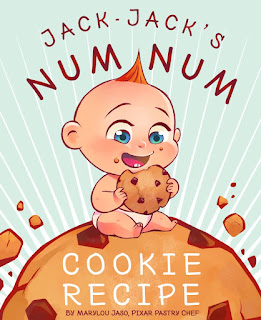 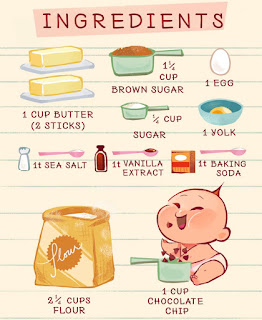 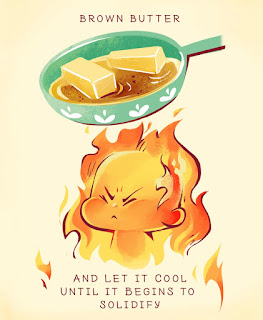 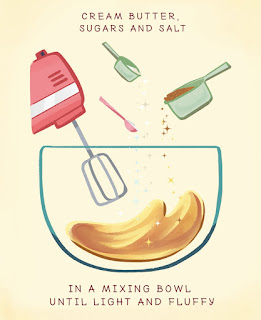 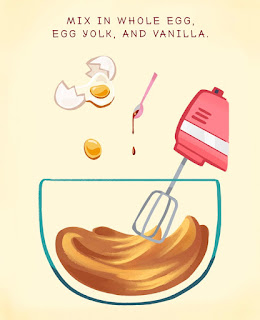 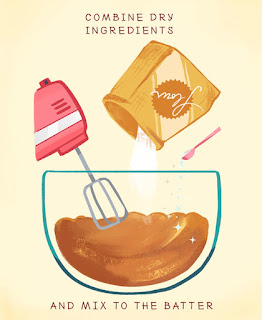 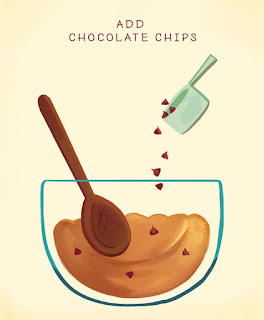 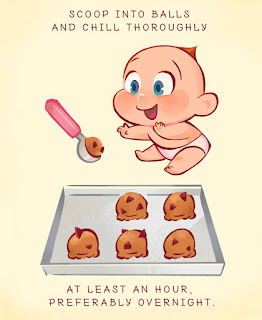 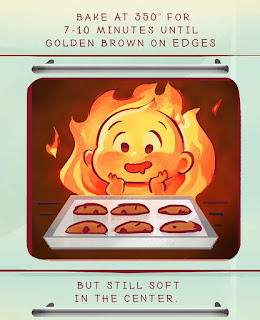 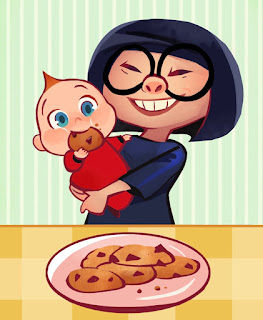 So, let’s go through the steps. First gather your ingredient. Check!! 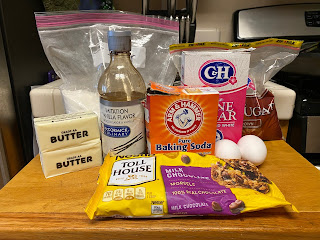 Next, brown the butter...I’ve never done that before. Ain’t gonna lie, I watched a couple YouTube videos first. Here’s mine: 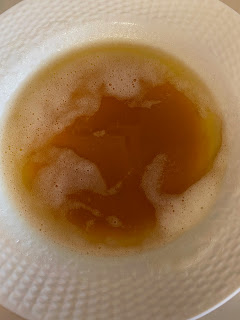 Probably could have gotten it a little browner, but all roads pointed to “butter goes from browned to burned really quickly, so I erred on the side of caution. (Btw, if you’ve never browned butter before: medium-low heat and constant stirring are your friends.) Let that cool until is starts to solidify.

From there, I creamed the browned butter with the sugars, mixed in the wet ingredients, then the dry ones, stirred in chocolate chips, and formed cookie dough balls. 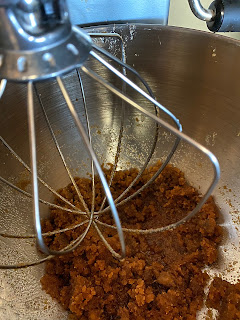 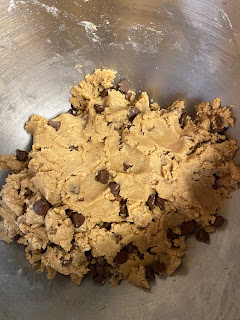 Now, full disclosure, I have never had Jack Jack's Num Num cookie before. They became a big thing *after* my last trip to the park. But I know enough to know that they are huge and served in muffin-sized cups. So I tried to make mine big! 12 cookies from the big batch of cookie dough. 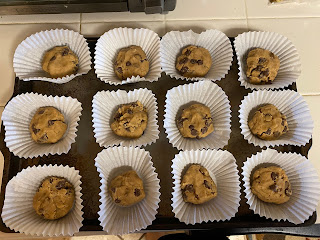 From there, refrigerate. (Ugh! I wanted to bake them right away!) Directions say at least one hour, overnight is ideal. I did about 5 1/2 hours.

Now comes the part that I had to change: this recipe is for regular-sized cookies. 7-10 minutes was not going to cut it for cookies that were at least double-sized. So I checked on them every 5-10 minutes after the first 10. They were in the oven just over 20 minutes.

So, after all that, how did they turn out? Amazing. Dangerously good. Possibly the best chocolate chip cookie I have ever eaten!! Two sticks of browned butter will do that, I guess. (And I don’t even like butter!) They are sweet and moist and chewy and chocolaty and all amazing things! They don’t look exactly the same as they do in the park, but again, I said I *like* baking...I’m not great at it. 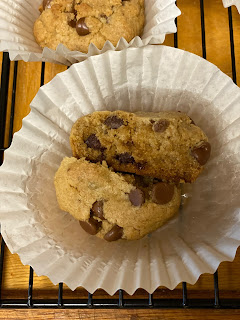 If you have the ingredients in the house already (I did!), or are planning your socially-distanced grocery shopping soon, I highly recommend trying this recipe out! You won’t regret it.

Have you tried to make these cookies, too? Let us know what you thought of them in the comments!
Posted by Sandy at 7:09 PM