Disneyland's 65th Anniversary - From a Distance!

Happy Anniversary Disneyland! I know that for a while we were all expecting the Happiest Place on Earth to celebrate its 65th by reopening, but it just didn't work out this year. 2020 is the worst, let's face it. But if you're feeling like you need a little Disney in your life and you need a reason to celebrate, there's lots of other things you can do!

Ok, if you're local you *can* go celebrate from Downtown Disney. World of Disney is open with plenty of cute 65th anniversary merch and there's plenty of room to hang out and listen to the wonderful music in the esplanade while staying away from other people.
***Wear a mask, stay six feet apart, wash your hands!***

Not everything in Downtown Disney is open, but these are the places you can visit so far:

Watch Disneyland Through the Years!

Thanks to the magic of YouTube, there are SO many things you can watch to feel the Disneyland magic wherever you are. We've compiled a list to help you see the best of Disneyland throughout the years, from 1955 to, well 2019...because again, 2020 is the worst.

There's some good 65th anniversary merch available on ShopDisney, but act fast! When they held the special event for merch a few days ago, people were in virtual "waiting rooms" for most of the day with sometimes tens of thousands of people ahead of them. Here's our faves that are available online at the time of publishing this article (and there's more if you're heading to Downtown Disney!).


Other Fun Disneyland Stuff to Buy!

Who doesn't love to color?? Check out these free Disneyland inspired coloring pages available from ColoringHome.com. And there are plenty more!

Make your Own Personal Disneyland

Have you checked our Paper Parks yet? You can build your own Main Street complete with Magic Happens parade! 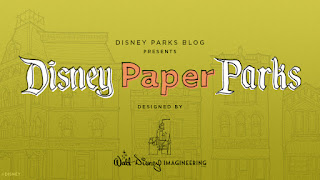 Eat All the Disneyland Foods

We've been doing quite a bit of Disney cooking while we've been at home and over the years. Give our faves a try!

We know your have some awesome Disney gear tucked away for your next trip. Put it on and pretend you're in the parks! Let's do it! 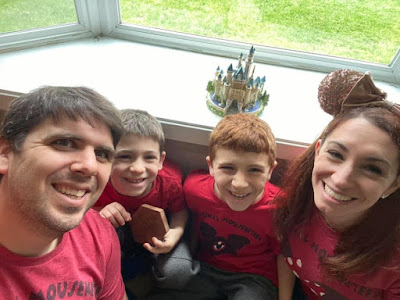 So who's in??
How will you be celebrating? Let us know in the comments below.