Since the announcement about the completed/nearly completed upgrades to Snow White's Scary Adventures last week (or should we say Snow White's Enchanted Wish?), we've been doing some thinking. We're usually pretty on board with changes and updates to Disneyland. I mean, the main man himself said it best. 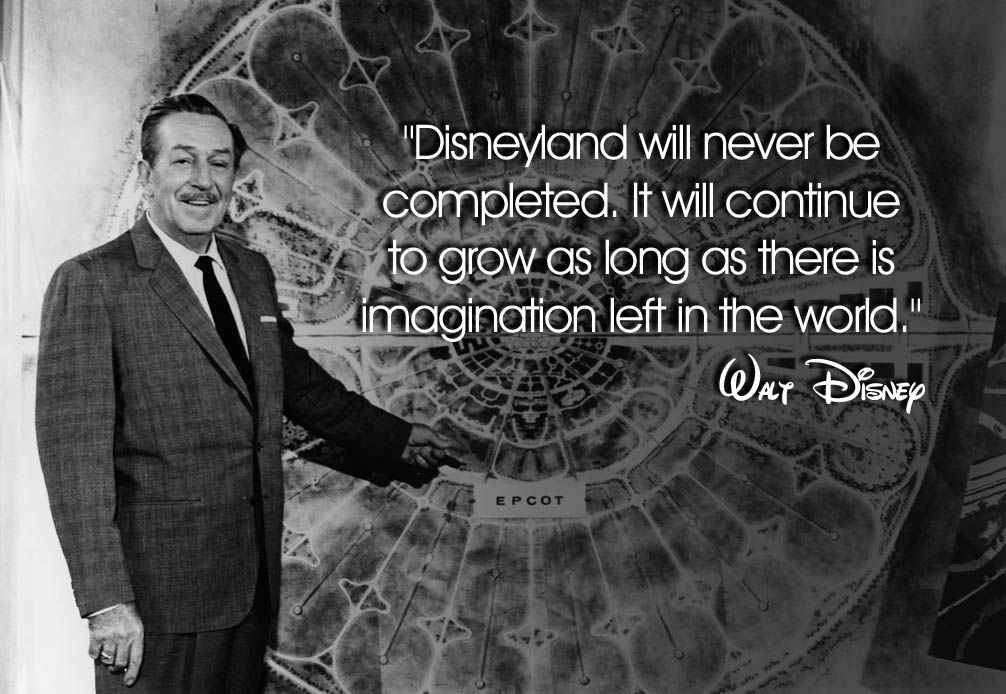 So when it comes to retheming Splash Mountain (still have our fingers crossed for the new name to be Princess and the Log), updating Fantasyland attractions (they absolutely KILLED it with Alice in Wonderland), or even changing some well loved recipes (Did the Mint Juleps really need to be green? No! The fairly colorless ones they have now are just as delicious with a beignet), we try not to complain too much and go with the flow. 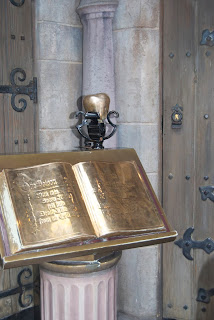 Starting with Snow White because that's obviously on our minds. Also, this is a three parter! It's REALLY on our minds. Please, Imagineers, don't take away the Witch's Cackling Apple in the front of the ride queue area! My family loves surprising unsuspecting guests by touching the apple and having the witch's ridiculously loud evil laugh startle everyone around us. Bonus points if they try to make the sound next but don't wait long enough and nothing happens, making my fam look magical.

I can't imagine they would, but fingers crossed the Wicked Queen keeps peeking from her curtains high above the ride. Such a classic!

I'm not sure how much luck we'll have with this piece, but we really love the little area when you're in line for the ride where you can see the Queen's spell book and can toss pennies in for good luck. I've even seen a twenty in there!

2. The Red and White Lightbulb 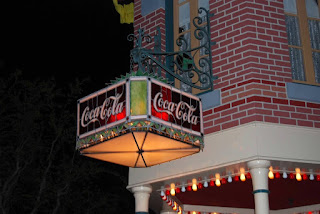 I think the fact that they've never changed this one in 65 years is a good sign that they'll keep it around. The lightbulb at the Refreshment Corner on Main Street that's painted half white and half red to fix an error in the red and white pattern is one of my favorite details in the park. I'd be so sad to see this little bit of Walt's original ingenuity disappear. 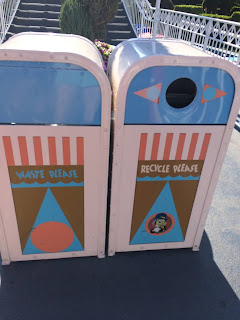 Perhaps one of the most bizarre and wonderful details by the Imagineers are the specially themed trash cans all over the parks. I'm fine with an update, a change to the overall design and theming, but I can't imagine Disneyland without these beauties! Never make them generic, never get rid of them in an attempt to streamline appearances in the parks. These are perfect just the way they are.

Also, is it just me that has a favorite? Because its 100% the Adventureland ones! 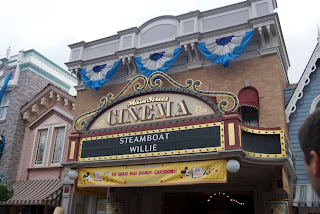 They tried to change this one back in 2019 and it failed spectacularly. Does anyone else remember when they tried to turn the Main Street Cinema into a store??? Craziness! The beauty of this spot is that you can sit there quietly, in the air conditioning, and just enjoy some down time with classic cartoons. No one's in there to bug you, they're not selling you anything. It's pure Disney magic. Last year they started adding racks of merch and some cash registers
and let's just say that didn't last too long. Hopefully they don't try that again any time soon. 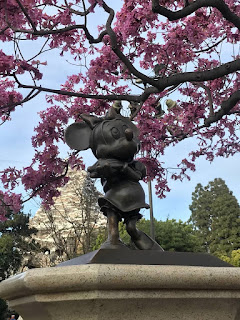 During the closures, the Walt and Mickey Partners statue has gotten a little refurb to make it look as wonderful as it did when it was new in the 90s. I'm all for it! But it got me thinking about all of the other cute little statues that encircle Partners at the Hub. While I could see swapping a character or two, it would be such a shame if those were ever completely replaced. Its nice to see Walt's other famous characters get some love, even if they're not Mickey. 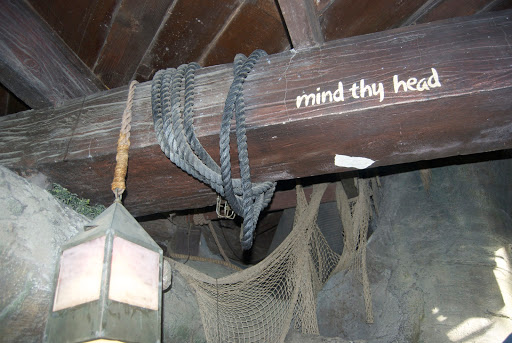 We've blogged about this one before, because we love it. Sometimes when an attraction is changed or removed to make room for something new, they'll keep up a piece of the old attraction as a little tribute. Those spots are so special because it shows a true appreciation for the history of Disneyland. Like the Mind Thy Head sign at Tarzan's Treehouse (leftover from the Swiss Family Robinson Treehouse) or the stuffed heads in the Winnie the Pooh Rides (from the Country Bear Jamboree), these help us stay nostalgic while not stopping movement into the future. 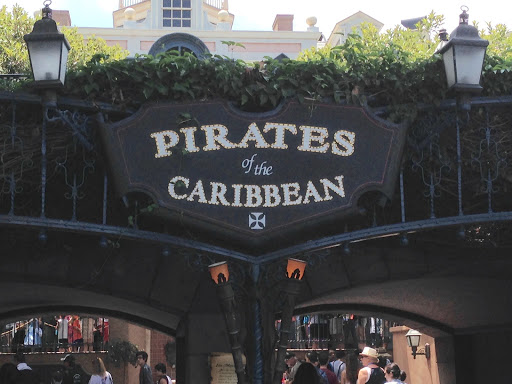 Ok, we heard a rumor that a smell is being piped in to the Pirates at Disney World that is NOT the weird, musty smell we all know and love. And that is NOT cool. It's such a bizarre piece of the ride that it has its own unique smell. Nothing is piped in. It's just the water, the air conditioning, and whatever else makes it smell like that. I don't even need to know. It's Disney magic and I'm not questioning it.

I hope they never decide these are too silly! I love waiting in line for the Haunted Mansion on a crowded day and reading the cheesy tombstones in the back section of the queue. M. T. Tomb and I. L. Beback are permanent residents of the Haunted Mansion, you hear me? 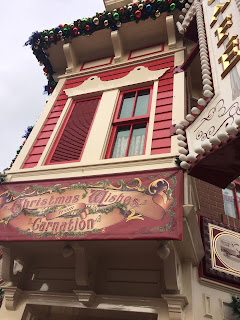 When the old Plaza Pavillion was changed to the Mary Poppins themed Jolly Holiday Bakery, we weren't too bummed, because that space had been underutilized for years! But when we love when they keep the outsides of the buildings the same even if the insides change. The Market House is still the Market House, even if it's also Starbucks. Let's keep it that way. Let's keep as much of Walt's original magic at left in tact as possible.

Posted by Melanie at 3:53 PM No comments: 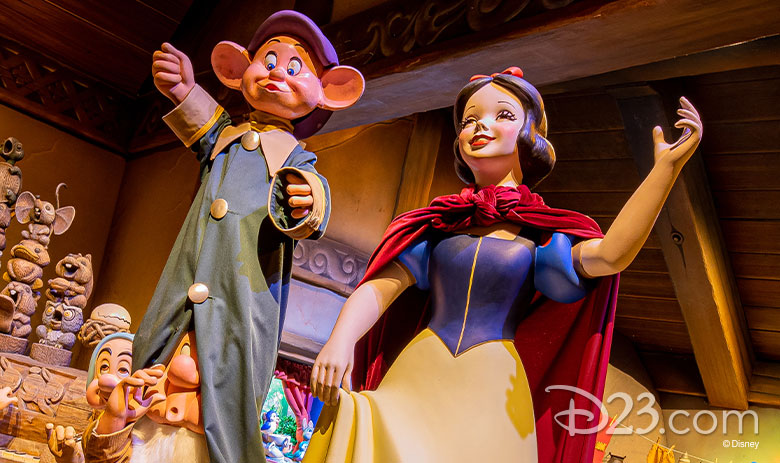