The Truth Behind Disneyland's $100 Sandwich

By now you've all seen the posts with the sensational headlines about the $100 sandwich coming to Avengers Campus. And while it's really fun to get sucked in to the hype, we kind of can't take it anymore!!!! Today is the day we explain this sandwich and why it costs so dang much.

Disney has really gone all out on the theming at Pym's Test Kitchen over in California Adventure. Some things are oversized, some things are mini, there's a sandwich with a giant piece of chicken but a tiny bun. They're really going for it. 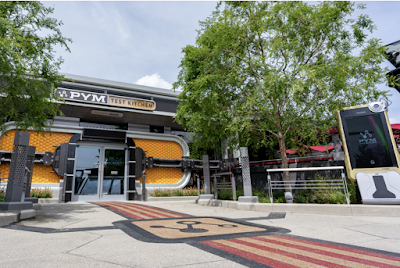 And while we know Disney food is pricey, let's not lose our minds. Yes, it's true. The "Family sized Pym-ini" is a salami, ham, and provolone panini for $100. But it's right there in the title. It's family sized! The menu, according to Disney, specifies that the sandwich is meant to feed 6-8 people. It also comes with potato bites and arugula salads for 6-8 people. 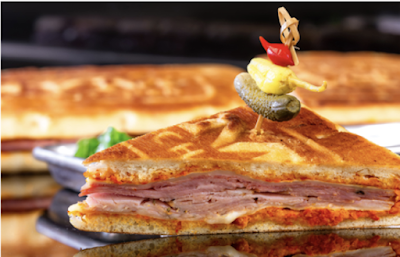 Check out that ginormo sandwich in the background of this pic!!!!!
If you're just one person and really want the Pym-ini, guess what! There's a normal sized one for $14.50! But the potato bites are sold separately.

Consider it like a party sub. An equivalent sandwich from Subway would cost $60, isn't grilled like a panini, doesn't come with any sides, and you're not at Disneyland.

I actually really want to try this sandwich and am hoping to convince 5-7 of my favorite people to get it with me. Who's in???