Every D23 Announcement for Disneyland!

I feel like this year there was SO MUCH announced at D23 that its hard to keep up! We've been following the updates closely all weekend (because the dream of going to the D23 Expo and seeing the Parks Panel hasn't come true yet) so we can bring you all of the details in one place. Are you ready for this? It's a lot, so remain seated keeping your hands, arms, feet, and legs inside the blog. Here we go!

Starting January of 2023, Disney is kicking off the 100 Years of Wonder celebration and according to Josh D'Amaro Disneyland will be the the "heart of the celebration" which makes me so happy! (Ok, also confused because how is this 100 years? But mostly happy because I'm sure we all agree Disneyland is the best...that's why we're all here right now, right?). The Platinum celebration theme wil be found throughout the park with a platinum update to Sleeping Beauty Castle, to character costumes on Main Street, and of course with platinum merch. Check out these Platinum Drip Minnie ears that the Disney Food Blog found at the D23 Expo! 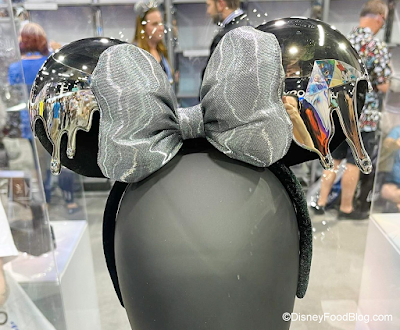 We've had some very vague looks at concept art for the Toontown remodel so far, so I was very excited to see detailed models of what we can expect when the land the toons built reopens. Its looking like Disney took what was always the best part of Toontown for my family (the play area at Goofy's house) and are really running with the concept of a nice big play area for young kids to run free rather than stand in line.

There will be three play areas for kids to explore. First is CenTOONial Park, a grassy area with different things to climb on and a cute fountain (looks like its the fountain area in front of Roger Rabbit). 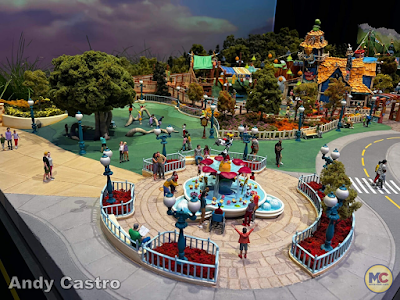 Then next is Goofy's How to Play Yard with more to climb outside and interactive games inside. 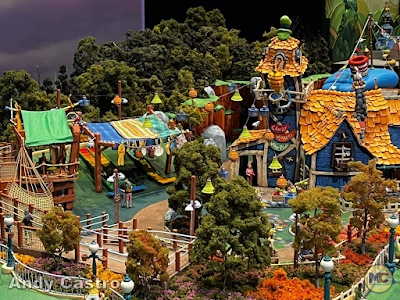 After that we have Donald's boat which has needed so much attention over the years! This is going to be a splash pad area, so bring a change of clothes if you don't want your littles to be wet all day. 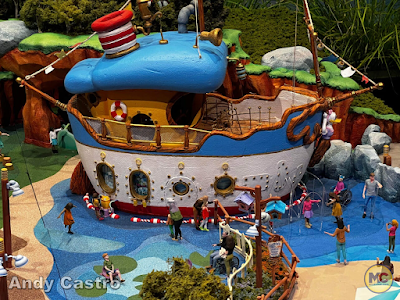 The other interesting change is that Gadget's Go Coaster will now be Chip and Dale's Gadget Coaster. This keeps the coaster pretty much as is while taking out theming that, although my nostalgia loves, isn't exactly relevant to its primary audience. With either character theming, I'm really glad we're keeping this super cute intro-coaster for the littles.

Mickey's Runaway Railway is still underway and will FINALLY open "early 2023." I don't know about you, but I've watch YouTube ridethroughs from Walt Disney World's version and it's pretty adorable.

We've been hearing about it for years now, but we also got some scale models of the new Tiana's Bayou Adventure (please don't start me on that bland name, I'm actually really excited to see a princess have a thrill ride!). 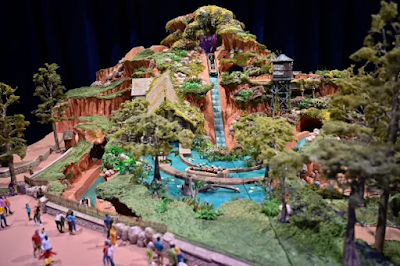 While it won't be open until late 2024 and we still don't know a closure date for Splash Mountain, we DO know that Eudora's Chic Boutique Featuring Tiana's Gourmet Secrets will be opening next week in New Orlean's Square. As the name implies, the store will be a mashup of fashion and cooking. I'm really interested to see what's there! It was also announced that we'll get a Tiana's Palace restaurant, but no word on the exact location (my money's on Cafe Orleans).

A land needs more than one ride. End of story. So I'm happy to hear that we're getting a new multiverse themed adventure where you'll face off against a variety of villains, including King Thanos! 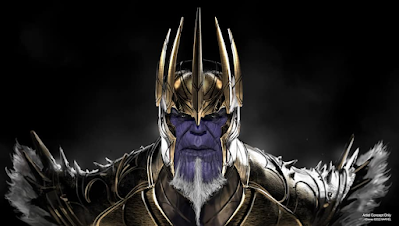 The Return of Magic Happens

Y'all remember Magic Happens parade right? No? Maybe because it ran for like a month tops before Disneyland shut down for a year and didn't bring it back? Ring a bell? Anyway, this super cute parade finally gets a fair shot when it returns next spring!

World of Color - One

Get ready for a brand new update to World of Color!  World of Color - One will "tell a story of how a single action, like a drop of water, creates a ripple that can grow into a wave of change." I do't totally know what that means, but I love World of Color, so I'm in.

Wondrous Journeys will continue the recent theme of adding projections around the park (along Main Street, on the castle, on the front of It's a Small World, and along the Rivers of America) to immerse you in it's story. This story will include all 60 Disney animated films. Anyone else really thrilled to hear that even the lesser known movies like Melody Time or The Black Cauldron will get a little love?

It's a small change, but its coming soon and I couldn't be more excited...The Mandolorian and Grogu will be out at Galaxy's Edge for meet and greets starting in November!!!

Going along with the theme changes of the past 10 years to California Adventure, the Pacific Wharf area is going to be transformed into San Fransokyo from Big Hero Six. And you guessed it...we'll get a Baymax meet and greet. I'm assuming we'll get new/rethemed restaurants to fit into the ones that are already in that area - anyone else hoping for Aunt Cass' wings with "hot sauce that makes our faces numb" like they ate in the movie??? No date announcement for the retheme yet.

The Paradise Pier hotel sign has already come down to get ready for this one. Of course with Paradise Pier gone at the park, it was only a matter of time before its' hotel got a matching theme. The Pixar Place Hotel is on it's way in (no opening date yet) and all we know for sure is there'll be a Finding Nemo splash pad area and a Great Maple flagship restaurant.

This has been a ton of info and if you're made it all the way through to the end here, you're my hero. The last announcement is that RunDisney races will FINALLY return to Disneyland starting in 2024. I'll be signing up for sure!
Posted by Melanie at 12:34 PM